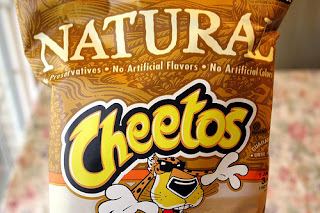 The definition of natural foods, according to the Merriam-Webster Dictionary, is “food that has undergone minimal processing and contains no preservatives or artificial additives.” What is and isn’t considered natural, in relation to food, depends on whom you ask. The food industry throws around the term for potato chips, canned soups and even jellybeans! Some definitions, although broad, have been developed by the United States Department of Agriculture to govern certain food products, while other agencies have no regulations that directly deal with natural food claims.

Currently, the Food and Drug Administration (FDA) has no formal guidelines for the use of the term natural in food claims. Since the late 1980s, the agency has maintained a policy that it will not restrict the use of the term except for added color, artificial or synthetic substances, and artificial flavors. Natural, according the FDA, refers to “nothing artificial or synthetic has been included in, or has been added to, a food that would not normally be expected to be in the food.” The agency does take action against labeling that is considered misleading or misbranded under the Federal Food, Drug and Cosmetic Act.

For many consumers, confusion isn’t solely due to the ambiguous meaning of natural on a food label, but also arises when they try to distinguish between natural and organic products. A 2009 study performed by the Shelton Group, a company that specializes in marketing sustainability, revealed uncertainty among American consumers about products within the green market. The results showed that consumers consider "natural" to be a greener term than "organic." The President and CEO of the company, Suzanne Shelton, noted that the consumers who were surveyed overall felt that “organic was just a fancy way of saying expensive. They think 'natural' is regulated by the government but that organic isn't, and of course it's just the opposite.”

The food industry has tried to sway the government into clarifying the issue through legal actions. Today, there are petitions pending before both agencies from players in the food industry requesting that they each define “natural” by regulation. One of the petitions before the FDA was submitted by The Sugar Association in February 2006, and requests that FDA define “natural” by adopting USDA’s policy in a regulation.

The Sugar Association’s petition states that the actual chemical state of high-fructose corn syrup and other sweeteners have been altered so much during processing that it cannot be considered natural. The Corn Refiners Association sent comments to the FDA in response to the Sugar Association’s petition, stating the claims would draw an “unjustified and inconsistent distinction between sucrose and the high-fructose corn syrup”.

Natural foods are a large and profitable sector for the food industry. During 2010, “natural” was the number one claim on new product packaging, appearing on 23% of new products. It seems that the natural food market will continue to grow. The FDA may never issue a definition that clearly defines the use of natural food claims. Furthermore, even if the meaning of “natural” is defined it does not guarantee clarity on the issue or that industry will approve of the definition. Another question still remains as to whether regulation will benefit the consumer. If consumers continue to view natural as a synonym for healthful, many more issues can arise that may be out of the scope of the government and even the food industry.
Posted by Jessica McGovern, MS, RD, LDN at 12:06 AM No comments:

The Ethics of Eating Dinosaurs and Paleolithic Diets

Just kidding. Although I did recently have a conversation on the ethics of eating dinosaurs I think it would be best to stick to pre-historic diets rather than extinct reptiles. I have to admit that I was a bit thrown off by the name paleo diet at first and skeptical that it was something worth looking in to.

The diet is based on the way that early humans ate before the development of agriculture. Paleo diet followers preach some of the same concepts that dietitians say day after day to their clients. Eat more fruits and vegetables and less processed food.  The diet consists mainly of meat, fish, vegetables, fruits, root vegetables and nuts and discourages eating grains, beans, dairy, salt, refined sugar and processed oils.

So why would someone follow such a restrictive diet? Paleo diet enthusiasts argue that diet is the main cause of modern culture's diseases of affluence. Only a few small studies have shown favorable results by following the diet. In 1975 a gastroenterologist, Walter Voegtlin, wrote a book that proposed following a diet similar to that of the Paleolithic era would lead to less chronic disease. He argued that by nature humans are carnivorous and a diet that was mostly fat and protein, with little carbohydrates, was optimal because modern humans are genetically suited to the diet of their paleolithic ancestors. According to Voegtlin, and many of his followers, human genetics have not changed since the development of agriculture and cannot handle the abundant amount of carbohydrates in the modern diet.

Many scientists and experts are highly skeptical of the paleo diet and dispute the "evidence" that it is based upon. These scientists agree that:
1. There is evidence that humans were consuming grains during the paleolithic era.
2. The low fiber and high saturated fat content of the paleo diet can lead to an increased risk of cardiovascular disease.
3. It has been shown that humans have evolved to consume dairy and grains since their introduction into the diet.
4. Implementing the diet worldwide would not be realistic because we would not have enough meat or vegetables to feed the world.
5. The diet is too restrictive for many people.

My advice. Eat more fruits and vegetables, limit your refined grains, consume low-fat dairy (if you're able to digest it), reduce your salt intake, limit added sugars, EAT LEGUMES and eat lean meats. In general you should be eating more whole foods.
Posted by Jessica McGovern, MS, RD, LDN at 3:51 PM No comments: