A Taste of Food and Culture.

"Tell me what you eat, and I’ll tell you who you are”-Jean Anthelme Brillat-Savarin 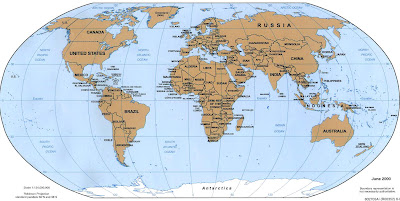 Foods are often a central aspect in every culture. They are an important part of various traditions, religious practices, and social gatherings. Every cultural group has its own unique food and nutrition concepts. The evolution of cultural cuisines has been greatly influenced by geographic factors and history. Regions not only vary in the staple grains, fruits, and vegetables that they use but also in the cooking methods, spices, and ways in which they eat the food.


Asian Food
In many parts of Asia the traditional cuisines among different regions focus on fresh vegetables, flavorful ingredients, and rice as a staple. In Northern Asia rice, noodles, dumplings and steamed buns are most popular. Healthy cooking methods that are most often used are steaming, roasting, braising, and stir-frying. Northern Asian cuisine is known for its use of garlic, leeks, scallions, chili peppers, and hot sauces.

Southeast Asia has its own distinct food and culture with rice also being its staple food. This region utilizes root vegetables, soybeans, and fresh herbs and spices. Flavors such as soy sauce, green onion, garlic, ginger, and lemon/lime juice are incorporated in many dishes. Lard is a popular fat used in frying but in very small amounts. To prepare many of the regional dishes broiling, grilling, steaming, or stir-frying are healthy options.
An island nation surrounded by ocean, Japan has various fish dishes. Fresh, raw fish cuisines are very popular in Japan and well known as Sushi and Sashimi. Japan’s traditional food focuses on seasonal vegetables, beans, grains, and seafood with little to no meat. Tofu is a versatile lean protein source that is popular. 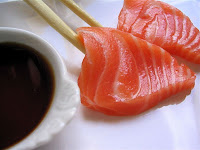 India is a very diverse country with many races, religions, and cultures. Typical Indian meals are a combination of meat or vegetarian dishes with rice, bread, dal, chutneys, and desserts. Many spices are blended to enhance the flavors of various dishes. Pepper, cardamom, nutmeg, mace, ginger, vanilla, tumeric and cumin are used to season a variety of foods. 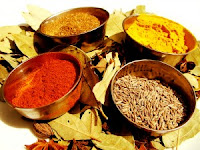 Latin American Food
The Latin American diet is high in complex carbohydrates and abundant in fresh fruits and vegetables. Corn and rice are staple foods of many Latin American countries. Depending on the country pork, chicken, sausage, veal, and seafood may be eaten. Condiments made from fresh ingredients are used in many dishes such as salsa and guacamole. 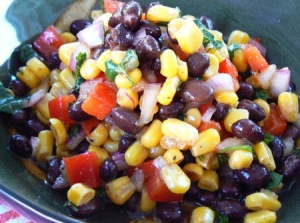 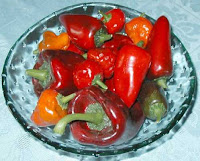 Chili peppers, onions, tomatoes, and beans are native to many areas and are therefore used most often. Tropical fruits are abundant and eaten when in season. Latin America’s food guide pyramid differs from other countries in that its places equal importance on grains, fruits, and vegetables.
African Food
Africa is the second largest continent in the world and offers a variety of different regional cuisines.
Central- The basic ingredients used are plantains, chile pepper, peanuts, spinach, tomato, onions, okra, ginger, beef and chicken. Meals are generally in the form of a stew.

East- The main food and spices used include maize (corn), green bananas, rice, saffron, cloves, cinnamon, pomegranates, lentils, lemon, lime, chilies, tomato, pineapple and domestic pigs. The most utilized method of cooking is roasting.
Horn- In the highlands, injera bread is the staple diet and is eaten daily. Injera is made from teff, wheat, barley, sorghum and corn and is formed into a pancake. In the lowlands, the main dish is akelet, a porridge made from wheat flour dough. Somali cuisine varies from region to region and all food is served halal. Basmati rice is usually served as the main dish and spices like cumin, cardamom, cloves, cinnamon and sage are used.
West- A typical West African meal is heavy with starchy items, meat, spices and flavors. Common foods and spices include yams, cocoyams, cassava; cereal grains like millet, sorghum or plantains; seeds of Guinea pepper (also called grains of paradise), chillies, tomatoes, native rice, rice, groundnuts, black-eyed beans, brown beans, and root vegetables Cooking is done in multiple ways: roasting, baking, boiling, frying, mashing, and spicing. In some areas, beef and mutton are preferred, and goat meat is the dominant red meat Guinea fowl eggs, eggs and chicken are also preferred.
North- Over several centuries traders, travelers, invaders, migrants and immigrants all have influenced the cuisine of North Africa. There are noticeable differences between the cooking styles of different nations. The foods and spices of North Africa include sausages, wheat, couscous, olives, olive oil, saffron, nutmeg, cinnamon, ginger, cloves, potatoes, tomatoes, zucchini and chilies.
South- This region’s influences include its many indigenous African tribal societies, Asian and European. Different foods and spices consumed throughout South Africa include seafood, meat products (including wild game), poultry, as well as grains, fresh fruits and vegetables. Fruits include apples, grapes, mangoes, bananas and papayas, avocado, oranges, peaches and apricots. Desserts may simply be fruit, but there are some more western style puddings. Meat products include lamb, and game like venison, ostrich, and impala. The seafood includes a wide variety such as crayfish, prawns, tuna, mussels, oysters, calamari, mackerel, and lobster. Milk products are consumed in many different forms such as buttermilk, yogurt and sour cream.
American Food Culture
America is a melting pot of many different cultures. Take a look at your diet today and see if you can use your knowledge of cultural cuisines and foods locally grown to incorporate healthier foods and cooking methods into your life.